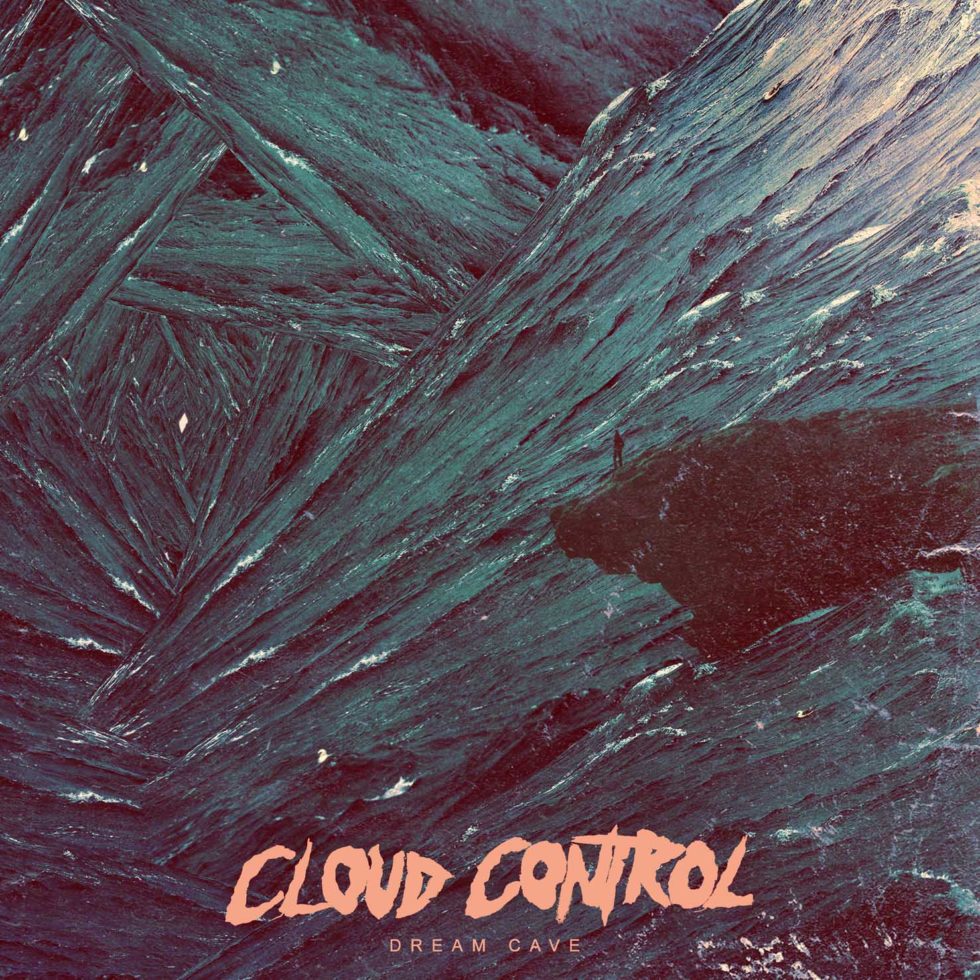 Our Promotions Director, Julia MacNelly, got the chance to interview Cloud Control this past month at The Satellite!Â  Check it out below:

Sometimes you donâ€™t realize how much you love a band until their second album comes out, and you listen to it on repeat for like four days, and then you run around the room when you get an email that they are finally doing a North American tour. Am I right guys? This is whatâ€¦.uhâ€¦a close friend of mine told me they did when Australian band Cloud Controlâ€™s latest album Dream Cave dropped back in August of last year. Ok, fine, it was me, and this winter I was even lucky enough to see them play three times in two weeks, thanks to my bicoastal lifestyle. Before I caught their Los Angeles show at the Satellite, a little venue on Silver Lake Boulevard (which is food-truck adjacent FYI), I sat down with Alister (lead vocals and guitar), and Jeremy (vocals and bass) in their van and ate cough drops and talked about their album and gave props to radio stations and learned what a vocador isâ€¦.Keep reading if you want to find out too.

Thereâ€™s definitely a difference in sound between the first and the second album. The second one seems like there are more synthetic sounds, drum machinesâ€¦Was that something you felt more comfortable playing around with, or was it an interest that developed in-between recording?

A(lister): Iâ€™ve always worked on computers a lot to write songs. The first album we thought, ok, there were a lot of dance-indie-electro bands around back then, so we felt like we should do a really organic tape-y record. So we did it live and recorded it to tape. This time around, we felt that we had our own vibe going on, and it was more about our songs, so we thoughtâ€”we donâ€™t really need to be as rigid with the rules. That meant that pieces from our demos and different elements came into the songs as we were recording.

In general, you do have an eclectic sound. I donâ€™t feel like thereâ€™s a band I could compare you to necessarily, sometimes I say itâ€™s kind of psychadelic folk, but itâ€™s hard to put labels on your music.

A: Itâ€™s been like that through our career, weâ€™ve always fallen in with actual bands of all different styles. J(eremy): And even talking to people after shows, people are like, â€˜Oh, you remind me so much of this bandâ€™ and then the next night itâ€™s some other completely opposite end of the spectrum.

Since I work for a radio station, I have to bring up the fact that Iâ€™ve heard positive things in terms of Australian radio coverage and being able to break out as a new band in Australia.

A: Our first radio play ever was literally walking in on an afternoon and handing themâ€¦a tape? A CD? Some kind of physical format of music. They have an open door policyâ€”this is a radio called â€˜FBiâ€™, theyâ€™re community supported. They have a small amount of advertising and a tiny amount of government support, but most of it is people paying like $15/month to listen to the radio, which is pretty unique, pretty cool. They punch above their weight so much, theyâ€™re a really good stationâ€”every time I go home I just love putting it on, it always just kind of feels fresh. That was our first experience with radioâ€”super approachable.

J: Then, we have another thing out there called â€˜triple jâ€™ which is a national government-used radio station and thatâ€™s really cool as well, it seems to be such a unique kind of thing for a country of Australiaâ€™s size to have.

A: The thing is, thereâ€™s so much information now, thereâ€™s so many commercial stations, underground stations, back in the day when pirate radio was literally a boat off the coast of the UK, throwing radio waves at the UK, thatâ€™s awesome. That would create such a scene, you can see how that unifiedâ€” J: Subversive types. A: There was so much less to listen to, everyone latched onto things more. Now itâ€™s kind of spread.Â  Thereâ€™s so much going on, but then that also makes it accessible for people to kind of put out music and produce radioâ€”itâ€™s just as cool.

I met some Australians this summer who told me that everyone (well, non-Aussies) that they meet only knows about Gotye when it comes to Australian music. What bands from Australia do you wish more people knew about?

A: Two that spring to mindâ€”ok, three!

J: I got one! Theyâ€™re probably the same.

A: Probably. One of them is Palms. We took them on tour last time we were in Australia. Theyâ€™re like a trashy punk kind of band, garage-y rock. They have one song that sounds a lot like a Weezer song, that was literally recorded in a kitchen, but they just have really good songs, and theyâ€™re really funny guys. Theyâ€™re amazingâ€”they could do anything. And also, Seekae, I think are releasing another album this yearâ€”theyâ€™re an electronic band, I guess. Theyâ€™re a live bandâ€”samples and a drummer, synths and stuff. And another band is Fishing which is my little brotherâ€™s band, their albumâ€™s coming out in a month or so, itâ€™s instrumental hip-hop, roughly like the Avalanches, but itâ€™s definitely more modern and digital. Itâ€™s cool.

How did you make the sound in â€œScream Raveâ€ [the hazy, lyric-less opening track on Dream Cave]â€”is it just a vocal sound, cause to me it sounds like backwards running tapes from â€œA Day in the Life.â€

A: Itâ€™s just a vocador, which is a 70â€™s thing where you have a carrier signal and a modulator. The carrier can be a synth or other vocals or anything, and the modulator, which is usually your voice, makes it sound like whatever the carrier is, is singing. So it could be that a synth is singing, or a guitar is singing, or a robot voice. This one is a choir sound thatâ€™s being modulated by my voice.

J: And by what Heidi [keyboards and vocals] plays as well. A: Yeah, so Heidiâ€™s playing the notes of the choir, and then I sing, and then it modulates the choir vocals.

Where did you get that machine!?

J: Theyâ€™re still around! A: Initially a friend of ours hand one from the 70â€™s that sounded incredible. Thatâ€™s the one thatâ€™s on the album. But we use another one live thatâ€™s still pretty cool.

J: So weâ€™ll do that live tonight.

Some of my favorite things about your music are the harmonies, and all the unique sounds going on in a given song. I was wondering how you start with a song. Do you all take turns writing? How do you all learn a song, and develop harmonies?

J: It depends on the song. â€˜Dojo Risingâ€™ was a demo that Al had been working on, then I came in on the verses, and â€˜Scarâ€™ was kind of the opposite. We took a keyboard idea that Heidi had, kind of straightened it out, put some bass over the verses and then did the chords and Alâ€™s vocals for the chorus. And then thereâ€™s â€˜Promisesâ€™ which is a song of Alâ€™s where we messed around with the vibe a lot and then finally figured out exactly how to play it. Thereâ€™s songs like â€˜Happy Birthdayâ€™ and â€˜Moonrabbitâ€™ which Heidi wrote. To learn the vocals, we kind of just put everyone in a lounge roomâ€”

A: Oh yeah, thatâ€™s right! To get all the vocal harmonies, there was a period last year where we were coming to my house every day, because I had a really nice living room at the time, and we would just go in there and sing the songs on guitar, even though they sound really different on the album now, it was a good way to get all the melodies sorted out.

J: You canâ€™t make vocals sound nice in a rehearsal spaceâ€”itâ€™s difficult, as youâ€™re learning them.

A: â€”like when itâ€™s a live band, in a sound check. But itâ€™s easy when youâ€™re in a living room, to get that stuff.

J: No oneâ€™s micâ€™d up, itâ€™s like youâ€™re around the campfire and everything just sounds natural. Itâ€™s the kind of environment where you know if it works or if it doesnâ€™t. Itâ€™s plain as day.

â€¦and a landscape full of moss in â€œScar.â€

Also hereâ€™s a picture of a vocador:

You can catch Cloud Control at Sasquatch festival in May. until then, tune into KSPC to hear more from both Dream Cave and their first album Bliss Release, which won the Australian Music Prize in 2011. Â